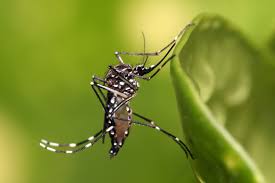 In recent days two news articles have carried stories of the fight against Dengue Fever. In the first one, experimental work done in Indonesia saw infections fall by 77%.

In the second article, genetically modified mosquitoes are to be released in Florida that will ensure that the Aedes Egypti breeding cycle is interrupted.

This is great news Dengue fever is a killer and there are betweren 100 and 400 million infection every year.

Aedes Egypti mosquito is also one of the spreaders of the Zika virus, so interrupting their breeding cycle will also have benefits in reducing the spread of Zika.

Zika was the virus that saw many cases of microcephaly in newborn children. (Microcephaly is a birth defect where a baby’s head is smaller than expected when compared to babies of the same sex and age. Babies with microcephaly often have smaller brains that might not have developed properly.)

Some environmental groups are protesting against the “attack” on the Aedes mosquito but seriously mosquitoes infect around 700 million people a year with potentially fatal diseases, with over a million deaths a year.

But it is not only the deaths. Some people never quite recover from the diseases that mosquitoes carry. Although they do not die, they still suffer from lifelong conditions that affect their health and ability to work in the long term. Reducing mosquito numbers is a very good thing.