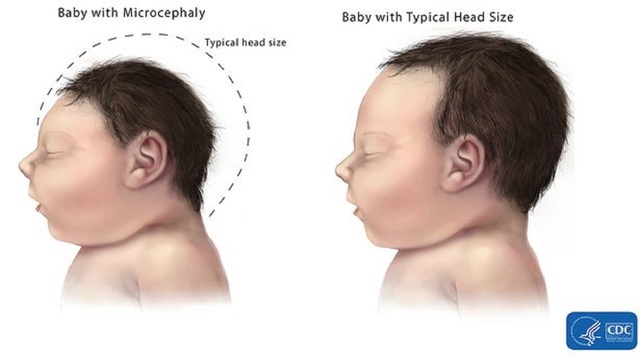 A few days ago we ran a news item on Zika virus and the warnings given by the WHO about it. The virus is thought to cause microcephaly and brain damage in babies, (as illustrated ). Since that article, new news about the disease has come to light that needs to be communicated.

Firstly Zika virus has been confirmed in Brazil and other South American destinations, Mexico and Central America, the Caribbean, the US, Samoa, and other Pacific nations, SE Asia and Australia, so the disease is not restricted to a small geographical zone. (WHO are warning that Africa and Asia are vulnerable to outbreaks of Zika virus.)

The Rio Olympics will be held in the middle of a Zika infection zone. At the present time the Brazilian government are scrambling to eradicate the disease or at least lessen mosquito numbers and are spraying potential breeding sites,

Secondly and more significantly, although mosquitoes are the main cause of the spread of Zika virus, they are not the only vectors. Reports in Australia are saying that in one case of Zika virus, the cause is thought to be a monkey bite not a mosquito bite, and more alarmingly reports out of the US, the Center for Disease Control (CDC) are saying that in Dallas Texas there is case when the virus was transmitted through sexual contact with an infected person. Health officials are recommending that men who have traveled to Zika virus infected areas should use condoms if they engage in sex,

The article sourced from the BBC states;

A patient infected in Dallas, Texas, is likely to have been infected by sexual contact, the Centers for Disease Control (CDC) told the BBC. The person had not travelled to infected areas but their partner had returned from Venezuela.

Zika is carried by mosquitoes and has been linked to thousands of babies being born with underdeveloped brains. It is spreading through the Americas and the World Health Organization has declared the virus a global public health emergency.

The American Red Cross has meanwhile urged prospective blood donors returning from Zika-hit countries to wait at least 28 days before donating their blood. Doctors are saying that because the symptoms of the disease are similar to Dengue fever, that the occurrence of the disease may be under diagnosed  and there are perhaps more cases of Zika around than first thought

We do not say this to alarm you but the facts need to be out there.

In any case do battle with mosquitoes in your area; they not only carry Zika virus but a host other harmful and fatal diseases.

The WHO page on symptoms and treatment of Zika virus can be found here an information document can be downloaded from our site.